Lately, I’ve been learning to use my new iPad Pro + Pencil + Procreate (drawing app). This has resulted in a few character sketches from our ongoing Shadow of the Demon Lord campaign.

The character below is named Kjutta. He’s an astronomer and student of the occult. Also, he likes to set things alight. And, he doesn’t usually prance about naked. The missing garbs is just a testament to my tendency of beginning a drawing with the bare anatomy, and often the sketch doesn’t make it as far as clothes. 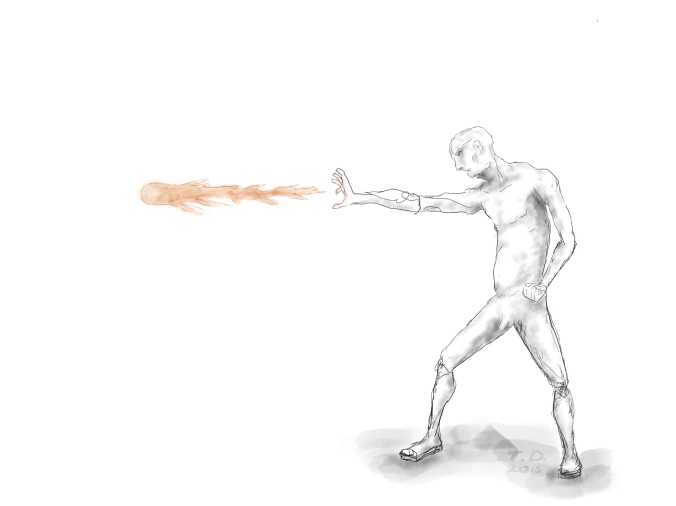 Thought I should throw in this one, it’s from the archives. I’ve always had a thing for the wildmage. Since I couldn’t find one that suited me, either in sourcebooks or on the web, I went ahead and created my own, maybe some 10 years ago. I make no claims that this is a well balanced class, so use it at your own risk. Here goes…