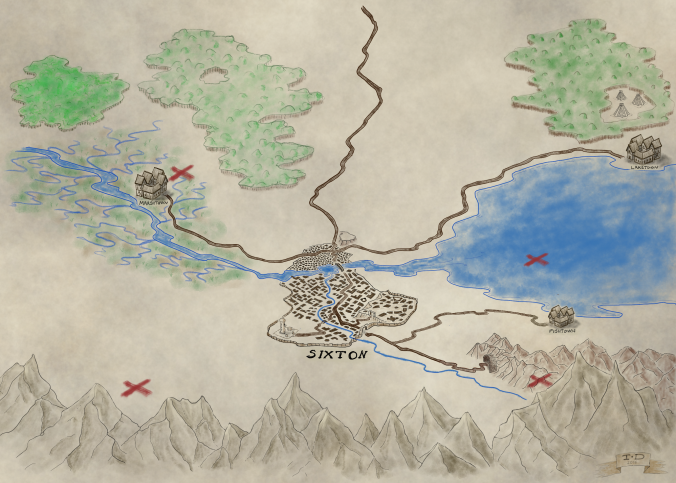 The marsh to the west is very unsafe, full of Skavens worshipping Slaners.

The lake to the east is not safe. There are squid-skulls mutated by the presence of Cthulhu, lurking about.

The railroad tunnel project south-east of town accidentally broke through a wall to an old Nurgle temple. It was quickly sealed off and the tunnel is mostly safe again, if you disregard those workers slowly turning yellow and undead.

South-west of town, up in the mountains, some berserker dwarves are excavating out a old statue of Khorne. All who approach the place also go berserk.

Sixton is a murky town in a dark world. But we were in need of a map for our weekly Shadow of the Demon Lord campaign, so I drew one. I used my new and shiny iPad Pro + Pencil for this project, so if you want the map without the red marks, it’s easy to fix. Let me know and I’ll whip up a new version.

Just some doodling in the vincinity of fantasy revolvers, flintlocks and pistols. 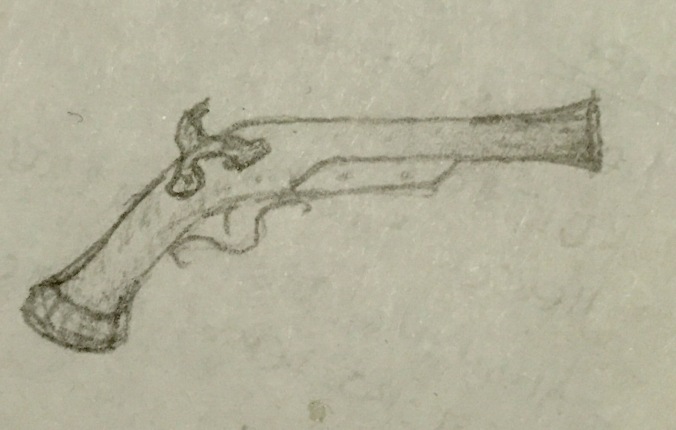 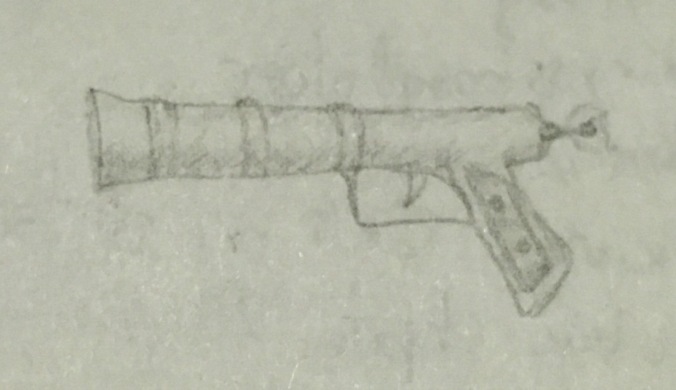 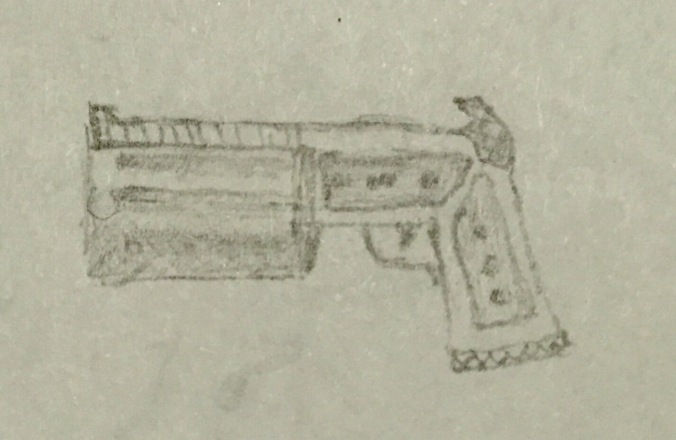 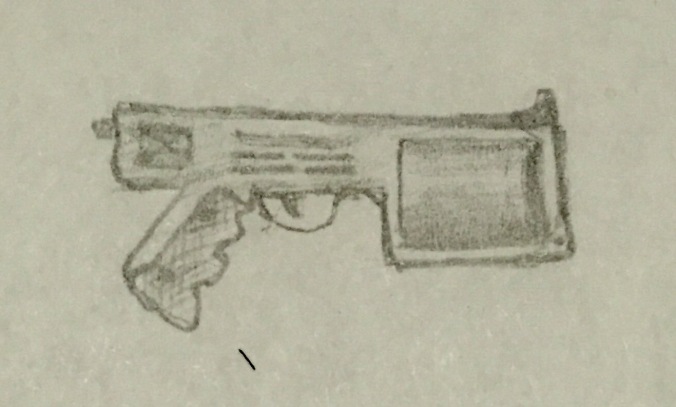 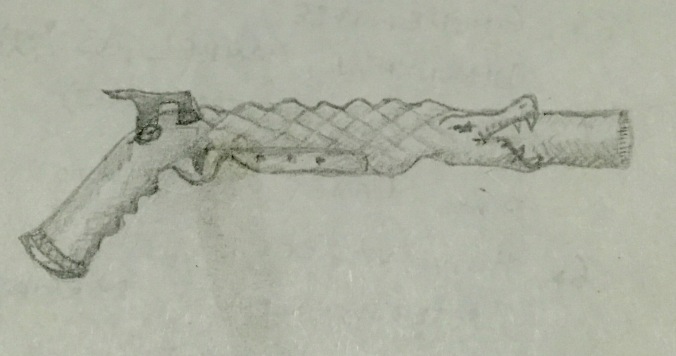 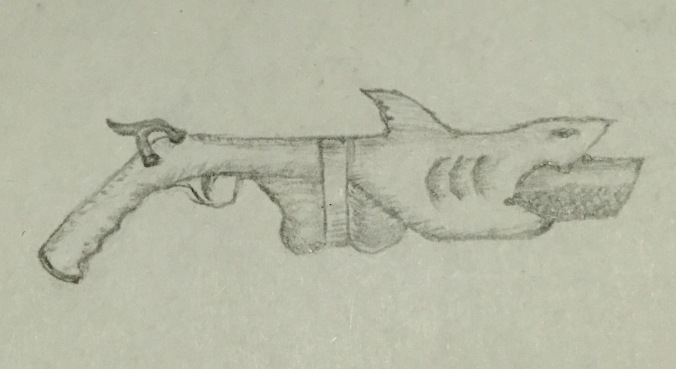